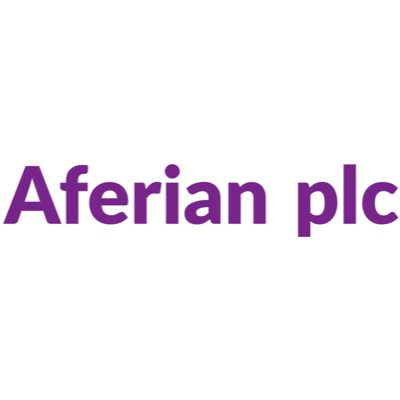 Aferian, previously known as Amino, is a software-led global media technology company. The group delivers modern TV and video experiences to millions of viewers globally, via a growing, global customer base of over 500 service providers. Aferian is focused on giving consumers what they want: easy access to the TV and video content that they love. The group calls this concept TV X.0 - enhanced video delivery and consumption driven by consumer expectations. Headquartered in Cambridge, UK, the group has over 300 staff located in offices in New York, Los Angeles, San Francisco, Amsterdam, Helsinki, Madrid, Porto, Brno and Hong Kong.

We believe that Aferian is well-placed to benefit from ongoing evolution in the global TV industry. The Aferian 2025 strategy is focused on capturing growth opportunities arising from the convergence of Pay-TV and streaming video services. Increasingly software-led, the group contains two (complementary) operating companies to address this growing market: 24i, which focuses on streaming video experiences, and Amino Communications, which integrates Pay-TV with video streaming services. With industry sources forecasting the global TV streaming market to double by 2025 to $167bn, the opportunity for Aferian remains vast.

Aferian has this morning given a trading update for the year to 30 November 2022. Revenue and profit […]

Aferian’s H1 22 results show a strong performance from the software business, plus signs that headwinds impacting the […]

With the global economic situation increasingly uncertain, we have taken the opportunity to review recent industry forecasts on […]

Strong performance in software and services

Strong trading, all key metrics ahead of FY20A