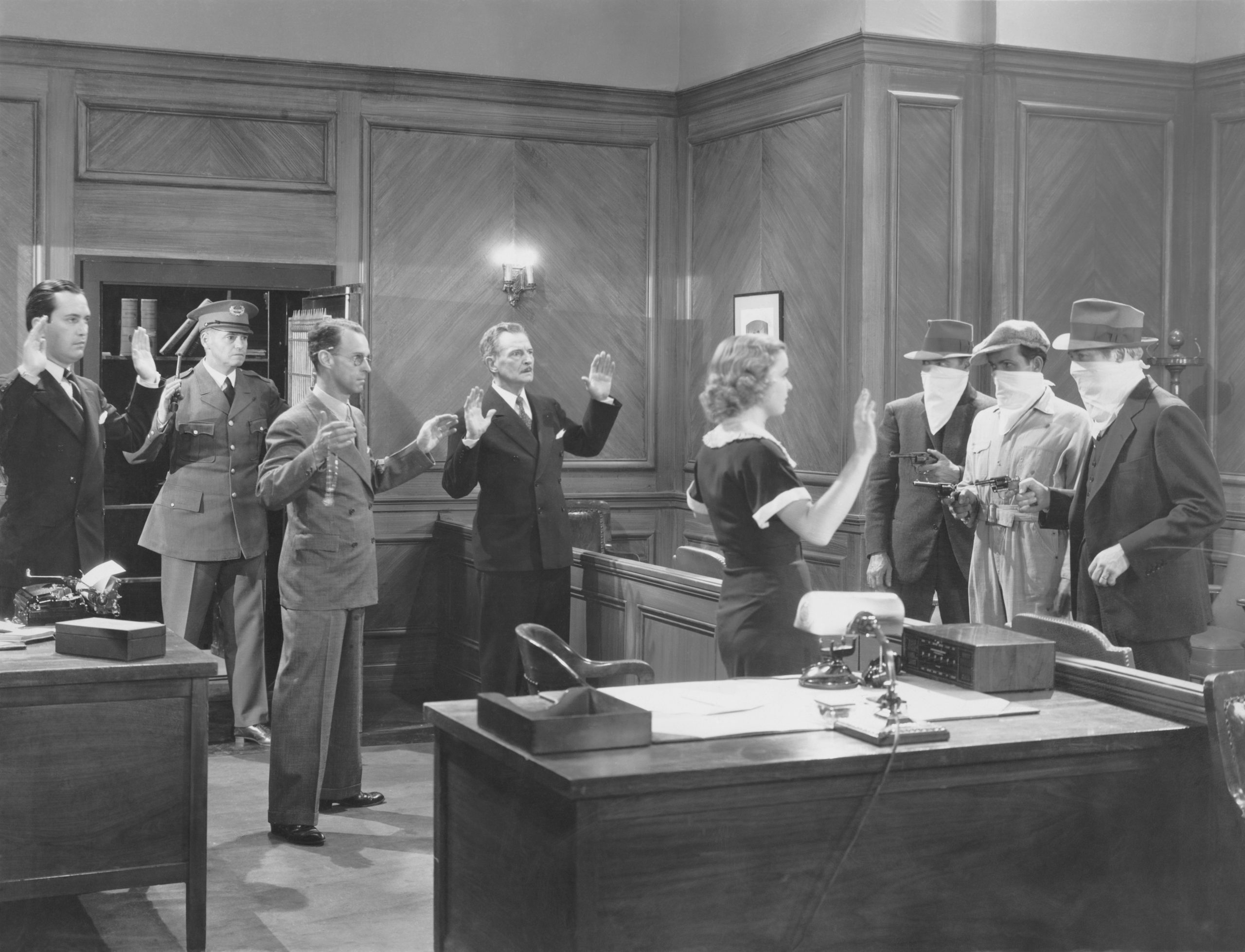 The Best Way to Rob a Bank is to Own One

Because that’s where the money is. Willie Sutton, the convicted bank robber, to a reporter asking why he robbed banks (disputed).

The process by which banks create money is so simple that the mind is repelled. JK Galbraith, Money: whence it came, where it went, 1975

We must wait for the full story of FTX’s criminality. But what we know puts this bank robbery in the premier league of financial crime, along with Enron and Madoff. Yet the FTX saga is similar to previous bank heists, such as Greensill Capital, MF Global, and the Icelandic banking scandal. Standard features of these frauds are poor governance and risk management, misrepresentation, with incompetent and tame regulators. Additionally, these internal bank heists were typically aided by political patronage and varying forms of greed that usually leave unsuspecting taxpayers to foot the bill.

Lex Greensill carried a business card as Senior Advisor to the Prime Minister’s Office, replete with the UK government crest and contact details at No 10 Downing Street. His company, Greensill Capital, received nearly $2bn of funding from General Atlantic and Softbank in 2018 despite being implicated in the GAM bond fund scandal only the previous year. After management changes at GAM, Lex moved on to Credit Suisse. The Swiss bank lapped up his “low-risk, high-return trade finance loans” for their client portfolios. And as recently as 2020, Credit Suisse investment bankers valued his company at $40bn for a potential IPO.

However, the business was not as low risk as it presented, and in March 2021, Greensill Capital filed for insolvency protection. The UK taxpayer lost at least £400m owed to the British Business Bank, which Greensill had lent to steel tycoon Sanjiv Gupta. Greensill is now working with Credit Suisse to help recover the $10bn outstanding loans. Greensill has various lawsuits and investigations pending in Germany, the UK, Australia and the USA.

Not so long term

John Corzine came to prominence in 1998 as the Senior Partner of Goldman Sachs. As such, he was drafted by the then Fed Chair Greenspan to operate the syndicated bailout of failed hedge fund giant LTCM. Long Term Capital Management, founded in 1994, which despite its name, actually turned out to be short-lived, was brought down by the Russian bond default in 1998. Corzine struggled to deal with the repercussions of this event.

Soon afterwards, Corzine lost a power struggle with investment banker Hank Paulson who succeeded him as Goldman CEO. Corzine went into politics, becoming Senator and later Governor of New Jersey, where he failed in his re-election attempt in 2008 at considerable personal cost. By this stage, former bond trader Corzine was in a hurry to make some money. He returned to Wall Street as Chairman and CEO of second-tier futures broker MF Global (formerly Man Financial). Corzine promptly did what he knew best, taking positions in high-yielding sovereign debt on MF’s balance sheet. He used derivatives to get more bang for his Buck (well, his shareholders’ Buck). What could possibly go wrong?

MF Global was a middleman with no history or culture of proprietary trading. By 2011, MF’s bets on Italian and other Euro-denominated debt soured. The company experienced several trading days when it was insolvent, save for improper transfers of some $900 million from customer accounts. Eventually, a whistle was blown, and the game was up.

In a 2013 Congressional Hearing, Corzine threw his Assistant Treasurer Edith O’Brien under a bus, saying she had made unauthorised transfers. O’Brien pleaded the fifth amendment in the same hearings. After several rounds of investigations and litigation in 2017, Corzine accepted a $5m fine as part of a settlement with the futures regulator, the CFTC.

The people of Iceland were the world’s most wronged modern-day internal bank heist victims. By 2008 three Enron-scale frauds surfaced in a country with a population the size of Wakefield. By mid-2008, the combined gross assets of Kaupthing, Landsbanki and Glitnir were more than 11x that of Iceland’s GDP (about 10x the global average).

In his book, Iceland’s Secret, the Untold Story of the World’s Biggest Con, Jared Bibler gives a fly-on-the-wall account of the systemic looting of Iceland’s banks. In particular, Bibler shows how being inside the protective ring of incompetent (or worse) regulators makes this type of bank job easier.

Bye, and thanks for the fish

Over a few days in 2008, Iceland’s banks were closed and liquidated, wiping out shareholders and foreign depositors. Ninety per cent of Iceland’s Stock Exchange value dissolved, and 400 000 depositors in popular (“low-risk, high-return”) Icesave accounts in the Netherlands and the UK lost access to their money.

Bibler details how over many years before 2008, the Icelandic banks were creating loans to fictional accounts used to buy the banks’ shares. Depositors unwittingly took equity risk in the banks via the simple but repellent distortion of the method of bank money creation described by JK Galbraith in his book Money, whence it came and where it went. Bernie Madoff confessed much the same Ponzi scheme principle to his sons later the same year. The only way to prevent this scheme from unravelling is to grow more quickly. Madoff knew the game was up and confessed. Icelandic bank chiefs held out by denial and prevarication. Most of them ended up in prison.

Fast forward to 2022, and the recent events surrounding SBF, FTX.com and Alameda Research are happening at warp speed. Furthermore, the principal suspect, SBF, the son of two Stanford law professors, is singing like a canary to media outlets. Much is inconsistent, but he thinks it is helpful to claim incompetence and a lack of oversight. Notably, he spent much of the last year pushing hard for the protective moat of greater industry regulation.

Bankman-Fried effectively implicated himself on a Bloomberg Odd Lots podcast episode from April. Here (from 21 minutes), he described to co-hosts Joe Weisenthal and Tracy Alloway and guest Matt Levine how crypto yield farming is like making magic money boxes whose tokens they spew have value only because other people agree they do. The podcasters smirked knowingly, but few people picked up SBF’s blatant admission of operating a Ponzi scheme, least of all Bloomberg, which along with the NY Times, wrote glowingly of Bankman-Fried’s philosophy of “effective altruism.” (A philosophy he later described as just PR bullshit).

However, Marc Cohodes, the self-styled heat-seeking missile of fraud and criminality of US short sellers, certainly did pick up on SBF’s incoherent ramblings. During the Summer, he started speaking openly about his views on SBF and FTX. Cohodes gave a typically robust account of his thoughts on the Hidden Forces podcast on November 14th. He identifies some typical fraud red flags.

Cohodes’ view is that nothing about the SBF and FTX back story makes sense. In a passing nod to conspiracy theorists, he speculates that FTX COO Gary Wang is a member of the Chinese Communist Party and head of regulation, Dan Friedberg, a former online poker crook. He says, “what kind of legitimate company would have a crook as your chief regulatory officer? He scrubbed his CV. If someone worked for me and covered their resume with something bad, they’d be fired in a minute. Or you give them two minutes to explain why they did it. Then you’d fire them in the third minute.”

All FOMO and no DD

Cohodes goes on to lament investor FOMO and willingness to follow others without DD. “We’ll follow Sequoia, Tom Brady’s endorsing it, the guy is on stage with Bill Clinton and Tony Blair. Bitcoin was, at what, six bucks? I mean, someone once used a Bitcoin to buy a pizza. So, 6 to call it 50,000, you know, that’s tradeable. When people hear something went from 6 to 60,000, they’d say, Yeah, I’d like to make 10,000 times my money. You know, that would work.” He says, “people spend more time reviewing a restaurant that they want to go out for dinner at night than they do on their investments. There’s a whole underbelly to this. It’s always word of mouth, I’m missing out, this guy’s doing this, or he’s just a smart guy. And I think we’ve lost the ability for people to seriously and independently think”.

In the old days

The convicted bank robber Willie Sutton claimed that the line for which he is most famed was a misquote. During his forty-year robbery career, he stole an estimated $2 million and eventually spent more than half of his adult life in prison, escaping three times. He was a witty and non-violent man dispensing legal advice to fellow inmates. He never shot anyone despite carrying a Thomson sub-machine gun to his work. As he told Reader’s Digest, you can’t rob a bank on charm and personality. He claimed his gun was never loaded, as he said someone might get hurt.

He was released in 1970, after which he campaigned for prison reform and worked as a security consultant with several New York banks. Before his death in 1980, he said: Why did I rob banks? Because I enjoyed it. I loved it. I was more alive inside a bank, robbing it, than at any other time in my life. I enjoyed everything about it so much that one or two weeks later, I’d be out looking for the next job. But to me, the money was the chips, that’s all. Sound familiar?

It is too early to know SBF’s motivation behind the FTX Ponzi meltdown. However, it is probably pretty close to Willie Sutton’s. In the intervening period, “financial innovation” has rendered the legacy forms of bank robbery obsolete. In today’s world, Willie Sutton could forgo the submachine gun and use his charm and personality, among other tricks, to rob banks. There are plenty of modern-day role models from whom he could learn. SBF is just the latest. There will be more.