Low-cost housebuilder, focused on north of England, and strategic land enabler, focused on south. AGM. Guidance: “In September we said that we were well-positioned to deliver further profitable growth in the current financial year [June], notwithstanding the outlook for the broader economy. Since then much has changed. The market volatility and sharp increase in interest rates following the mini budget impacted buyer confidence and caused a significant slowdown in demand. The outlook for the current financial year is dependent upon the pace of recovery in the housing market. Having reviewed a number of scenarios, the Board believes that Gleeson Homes could deliver volumes anywhere in the range between 1600 and 2000 units”. Trading: Gleeson Homes. Cancellation rates which for the first ten weeks of the year were 20% have, over the past six weeks, increased to 41%. Net reservation rates have reduced, over the past six weeks, to 0.26 per site per week vs 0.42 for the same period last year. Ave u-lying prices on new reservations since the start of the FY, +9.0% Y/Y £186,500.  “Whilst it is far too early to call a recovery, we were encouraged by yesterday’s Autumn Statement.  We would expect to see the re-emergence of buyer confidence as the wider macro volatility subsides. There are good reasons to hope that an improving outlook for longer term interest rates will result in greater mortgage availability and affordability”. Gleeson Land. “We note the commentary from a number of housebuilders regarding their intentions to reduce land buying in the short-term. GL has completed the sale of one site since the start of the FY. A further four sites are being actively progressed to sale. The issues with the congested planning system have continued to delay a number of site consents, but we anticipate that a number of these sites will obtain consents during the second half of the current financial year”. HY trading update, 13 January. Viewpoint: The issue on the land promotion seemed inevitable given the near-universal pause on site purchases by major builders in their recent trading statements. History suggests they can be back into the market pretty quickly once they are satisfied the market outlook is clearer. The aftermath of the Covid lockdowns was a recent example.

Viewpoint on the Autumn Statement. Broadly pretty positive for the construction and housing sectors, notwithstanding the inevitable contraction in consumer spending power. On housing, the key point is Gilt yields (a key determinant of fixed mortgage rates) have hardly wobbled after coming down significantly from post mini-budget highs and housebuilders’ shares have generally responded positively (with the exception of Gleeson this morning). The preservation of the Stamp Duty reduction, albeit to March 2025, should be a mild stimulus, without provoking the froth seen in the previous, shorter ‘holiday’. I suspect the housing market may well be in a slightly better place come the spring. For construction, the big positives were the preservation of HS2 (if I had a pound for every time a journalist predicted it was to be shelved I could build it myself) and Northern Powerhouse Rail, as well as the green light for Sizewell C and wider support for energy security. On the same theme, there was £6bn for energy efficiency upgrades for homes and industry from 2025 – 2030, on top of the current £6.6bn programme. Plans for the second round of the Levelling Up Fund were also confirmed, with at least £1.7bn to be allocated to priority local infrastructure projects around the UK before the end of the year. However, the previous flagship Investment Zone plan, were re-focused onto ‘left behind’ university towns to create a smaller number of knowledge-intensive growth clusters. All this could heap more pressure on labour availability – but this may be mitigated by the skills and training measures, including persuading the economically inactive back to work. 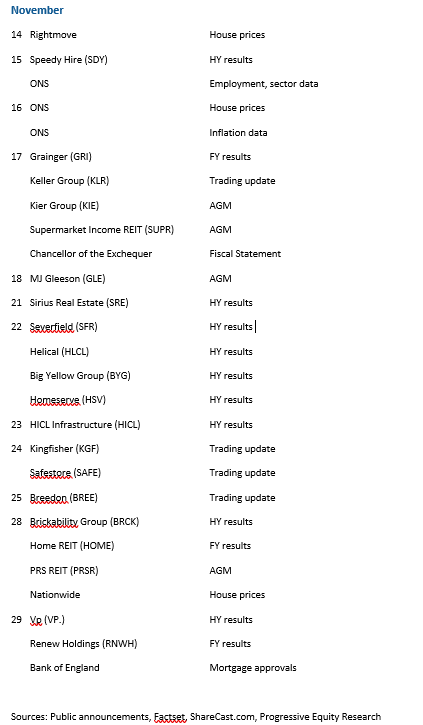