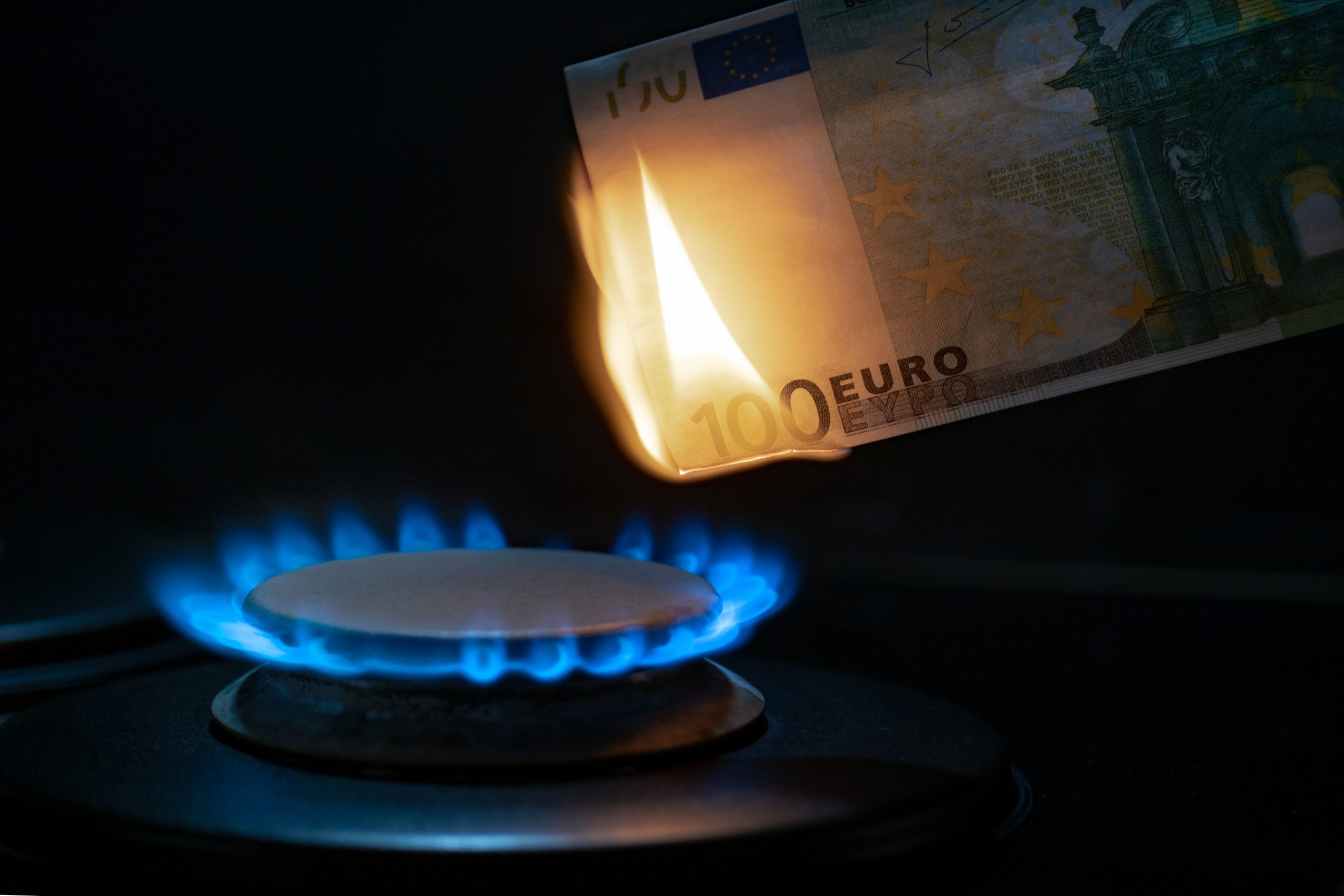 Gold is money everything else is credit. John Pierpoint Morgan

When FDR met King Abdulaziz of Saudi Arabia onboard the USS Quincy on The Great Bitter Lake in 1945, they made a historic bargain. The US agreed to provide Saudi Arabia with defence and regional security in what became known as the Quincy Agreement. In return, Saudi Arabia agreed to price its oil in US dollars and recycle its newfound oil wealth through the US banking system. So became the petrodollar system and the eurodollar debt market. This offshore US dollar banking system, almost imperceptible at first, burst into prominence during the 1970s era of oil embargos. The rise of OPEC fuelled the financialisation of today’s world.

By the late 1960s, the post-WWII order was under strain, and Europe, mainly France, became nervous about the custody of its gold reserves sitting in the fabled Fort Knox (put there for safekeeping during the war). As it happened, this nervousness was well-founded. In 1971, with Vietnam War funding mounting, Richard Nixon removed the dollar’s gold convertibility for settling international debts. This move devalued the dollar relative to gold overnight. Dismantling a fundamental tenet of the post-war Bretton Woods order meant that the US dollar’s role as the undisputed global reserve asset and international trade currency became dependent on Quincy Agreement. The dollar lost its gold convertibility and came to rely on its convertibility to energy. This untethering of the dollar fuelled a recapitalisation of the US banking system, the rapid growth of the offshore eurodollar market and the inception of our credit-based fiat monetary system.

Such was the strength of the relationship between the house of Saud and the White House that the petrodollar era endured two oil crises, several middle eastern wars, the cold war and even that awkward connection between the Middle Eastern Kingdom and the 9/11 terrorists who brought down the twin towers. However, today, the Quincy Agreement looks all but dead. Now a more significant oil exporter than Saudi Arabia, the US increasingly sees OPEC+ and Saudi’s role in the cartel as a pro-Russian front. At the same time, Saudi’s main oil customers now lie to the East. Notably, President Xi’s first state visit abroad since his coronation for life at the recent CCP Congress will be to see Crown Prince Mohammed Bin Salman in Riyadh. Xi’s visit will likely be a friendlier and more commercial affair than Biden’s feigned fist bump and admonishment for killing a journalist.

If asked what the most impactful technological advancement of the last twenty years has been, most people would say the development of the internet or the sequencing of the human genome. Very few, certainly in Europe, would say horizontal drilling and hydraulic fracturing (fracking) of shale. However, it certainly has a claim. The process of fracturing shale with high-pressure hydraulics and the improved efficiency of directional drilling has done more than anything else to transform the US economy and shift the geopolitical landscape over the last couple of decades. The adoption of this technology has tripled US oil production to 15m barrels per day since 2000, sharply reversing the gently declining supply curve of the previous 30 years.

It is instructive that at the same time that the US has witnessed its shale revolution, the UK’s oil production has fallen from 2.5m barrels of oil a day to 750 000, and the EU’s, from 3.5m to 450 000. And we have only mentioned oil. A significant by-product of fracturing shale is the release of natural gas. Historically this gas was flared due to its low value and high cost of transportation. Things have now changed. Unsubsidised fracking has been the most significant contributor to lower US carbon emissions, enabling 200 coal-fired power plants to switch to natural gas. Fracked gas has also enabled the US to become the world’s largest exporter of LNG, primarily to Europe.

Why has the US enjoyed this energy bonanza while European production has declined? It is not because of America’s geology nor because it has privileged access to technology. This transformation is not because the US government has adopted a policy to increase oil production. The USA uniquely has clearly defined property rights, including mineral rights for surface landowners. The US shale revolution is a ground-up movement of wildcatters and farmers funded by the free money of QE.

Shale is a fine-grained sedimentary rock or clay estimated to account for 70% of the Earth’s crust. It is everywhere, with particularly rich seams in North America, Northern Europe, South America and Africa. By way of example, the UK’s (untouched) Bowland shale region contains 650 bn cubic feet of gas per square km, more than twice the density of Pennsylvania’s top-performing Marcellus field. The energy position the US enjoys today is the product of technology adoption that Europe abhors. (Genetically modified foods are another example). But it isn’t just Europe that fails to see the obvious. Canada’s Prime Minister Justin Trudeau, a former English teacher, recently said there was no business case for exporting its abundant gas to Europe, despite the historic eightfold price differential.

Despite its recent meteoric rise, the dollar’s dominant status will eventually wain. The untethering of the global reserve asset from gold in 1971 led to today’s regime of floating exchange rates, with the dollar’s dominance underpinned by its convertibility to energy. As our energy transition policies have increasingly constrained access to non-intermittent dense hydrocarbons, energy prices have soared, leading to a global shortage of dollars. All non-dollar currency blocs have expended their dollar reserves to supply their economies with energy and food. Jeff Snyder has estimated that China, India, Japan and Europe have collectively reduced their dollar reserve assets by about $1tn in the last 12 months. This rate of depletion of dollar reserve assets is not sustainable.

Meanwhile, it has been a tough week on planet crypto. The Bitcoin standard is reaching adolescence in what its supporters claim will become the ultimate non-inflationary and trustless digital base money backed by energy. So, it would be digital gold. However, the collapse of FTX has echoes of LTCM, Enron and Lehman Bros. combined, with significant real-world consequences that seem to have provided another setback to this narrative. One likely result might be the classification of many centralised tokens as securities regulated by the SEC. However, despite the multi-billion dollar “value” destruction the crypto bros. have endured, these events are unlikely to be terminal for Bitcoin and the idea of incorruptible money backed by energy.

Bitcoin’s detractors cite its energy consumption as a bug, while its proponents see it as a feature. Like gold, Bitcoin’s proof of work requires energy in its creation. Both need significant energy resources, whether to make a gold ingot or verify a blockchain entry. However, Bitcoin is dematerialised (digital), and its production co-locates with under-utilised energy sources, both upgrades to the traditional gold protocol.

Gold has endured as a trusted store of value for several millennia due to its proof of work or energy content and its immutability. About 60% of gold’s production cost is energy, and virtually all the gold the world has ever produced remains today. (If put together, it would fit into about four Olympic-sized swimming pools). Roughly 45% of this gold is in jewellery and decoration. A similar amount is in the form of reserves held for governments and private owners and locked underground. While the balance of c 10% is for industrial and other purposes. Gold still has a use case, but a new kid is on the block.

While geology, politics and mineral rights permissions determine “boomer rock” mining locations, Bitcoin production locates where energy is most available. Two years ago, after China banned Bitcoin mining that had co-located with its enormous and underutilised Three Gorges hydroelectric facility, the industry relocated to North America, where miners could tap into stranded gas off-take from the fracking industry. Exxon, among others, is engaged in such projects.

The value of things is subjective and elusive, while energy is objective and measurable. As such, energy, the ability to do work, can be defined in a way that money cannot. However, value as a proof of stake requires permission and trust, and as the FTX team found out this week, these traits can disappear abruptly. Today’s fiat money is a proof-of-stake protocol that makes even the mighty dollar vulnerable in a world fracturing its shale and its geopolitics.