A solid, in-line first half

Crossrider’s update for the first half of FY 2017E says that trading has been in line with management expectations and strikes an upbeat tone on future performance. The first half reflects continued delivery on Crossrider’s expansion strategy and the period includes three months’ contribution from CyberGhost. Crossrider expects to report revenues of around U$29.7 million for the period – equivalent to 43% of our current full year estimate of U$68.6 million. It also anticipates adjusted EBITDA for the six months of around U$3million which compares to our full year estimate of U$8.3 million. Building on the performance in the last financial year, the App Distribution business has performed strongly and the group as a whole has demonstrated good cash conversion again. We note that there will be a full six months contribution from CyberGhost in H2 and make no changes to numbers at present. We shall address estimates when more detail of the first half performance is available with the interim results announcement in September. 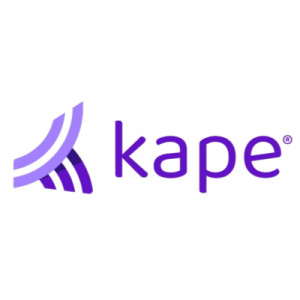 Kape is a cyber security company focused on digital privacy and protection.

Today’s AGM statement confirms that, with strong trading so far this year, Kape is on track to deliver […]

Kape announced strong results for the year to 31 December 2021, having already updated the market on the […]