Thruvision, the leading provider of ‘safe distance’ people screening technology, has announced a short trading update and contract award. The contract, totalling $2.7m, is with US Customs and Border Protection (CBP), to complete the process of upgrading CBP’s existing fleet of Thruvision 8-channel units to the latest 16-channel variant, with further orders anticipated in H2 23. Despite the economic situation creating a more challenging environment for retailers, management notes that trading in the current financial year to date (FY23) has been consistent with the same period in FY22, as the company heads into the historically busiest period for order intake. It’s worth noting that the trading update in April 2022 flagged that revenue from Profit Protection is expected to increase by at least 70% in FY22 compared to FY21. Full-year results for the year ended 31 March 2022 are expected to be announced in the last week of September and we will revisit our estimates at that time. Management acknowledges that publication is later than usual because of significant delays in the audit process due to resourcing and levels of scrutiny throughout the process. 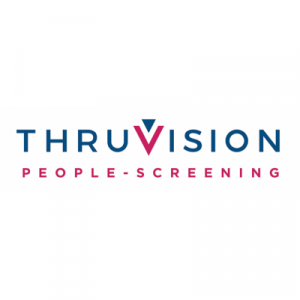 On track to breakeven

Thruvision, the leading provider of ‘safe distance’ people screening technology, has announced a trading update for the full […]

Progressive in conjunction with Mello Events, presents the management team of Thruvision

Thruvision’s H1 results to 30 September 2021 demonstrate enhanced confidence for H2 and beyond, and we reinstate forecasts […]

Thruvision has provided a short update on trading for the six months ending September 2021. The Group has […]