Significantly ahead of expectations

In today’s more detailed trading update, Sopheon has confirmed its brief statement in early January that revenue and profit for FY 2017E will exceed market expectations. As well as providing an anticipated revenue figure above U$28 million, it states that both EBITDA and pre-tax profits will be ‘significantly ahead of current market expectations.’ Today’s update notes that volume of transactions increased with a greater number of license deals and new SaaS customers – and Q4 contained two substantial deals. Sopheon ended 2017 with net cash of U$9.5 million. The group has a higher recurring revenue base and greater revenue visibility overall. We adjust FY 2017E numbers to reflect the guidance given today, driving a 31% increase in our Adjusted EBITDA estimate to U$6.9 million. We also adjust estimates for December’s conversion of loan stock and that is the only influence on our estimates for subsequent years where we retain a conservative stance and note future investment in the Accolade platform. We will look to revisit those estimates when further detail is available at the time of the results announcement. 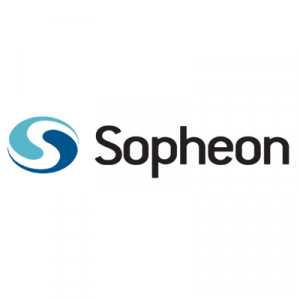 Sopheon is an international provider of software and services for product lifecycle management.

Strong start to another year of progress

Sopheon’s AGM Statement, issued today, provides a reflection upon a busy FY2021 and looks forward to what has […]

Sopheon has today announced the acquisition of the business and assets of Solverboard, a UK-based SaaS software business […]

Sopheon’s final results for FY21, released this morning, are ahead of our and market expectations. The results show […]

Sopheon has provided a comprehensive trading update for 2021, following a more general update provided at the time […]