Sopheon has issued a brief trading update which says that revenues for the year ended 31 December 2018 will be ‘comfortably in line’ with market expectations which were upgraded following its Q3 2018 trading update. Early indications are that EBITDA and pre-tax profits will show stronger outperformance. Since its Q3 trading update, Sopheon has highlighted new contract wins with two multinational businesses. These, and previous contracts, further underline the benefits of the Accolade platform’s successful deployment in new areas as well as in its traditional sales arenas resulting in its adoption in an increasingly wide range of applications. With a more detailed update on the full year performance expected later in January, we leave our estimates unchanged for now but note the continuing positive momentum in the Group. 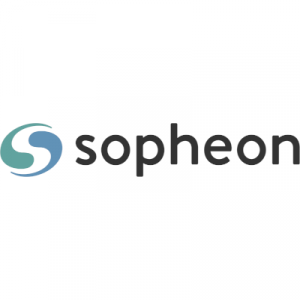 Sopheon is an international provider of software and services for product lifecycle management.

H1 2022 figures, released today, show strong underlying progress being made. SaaS ARR is up 22% year on […]

Strong start to another year of progress

Sopheon’s AGM Statement, issued today, provides a reflection upon a busy FY2021 and looks forward to what has […]

Sopheon has today announced the acquisition of the business and assets of Solverboard, a UK-based SaaS software business […]

Sopheon’s final results for FY21, released this morning, are ahead of our and market expectations. The results show […]